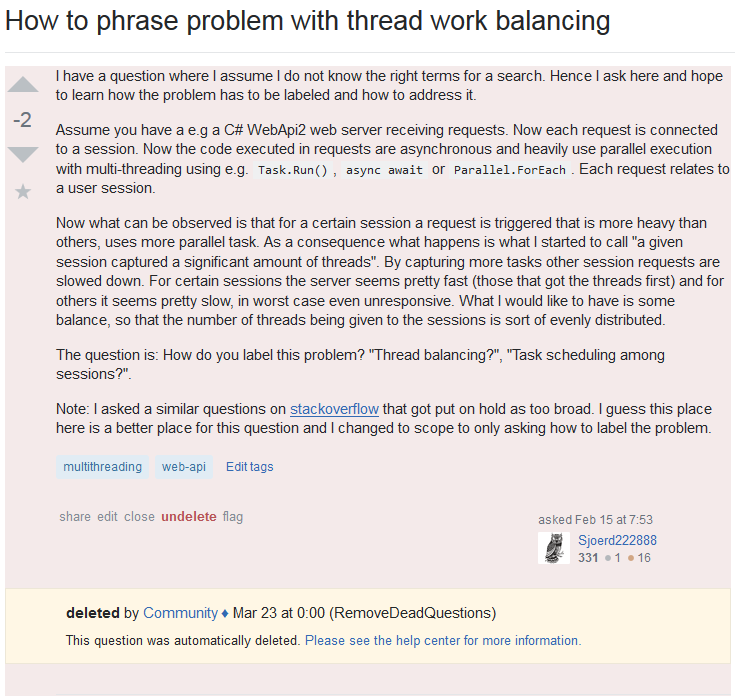 46
Why was my question closed or down voted?
48
On the troubles of naming and terminology
-1
Questions linked by meta questions shouldn't be permanently deleted

9
Where is a good place outside of the stackexchange network to ask a subjective question but still get the quality and maturity of the SE community?
3
Where can I ask for programming advice?
0
Why is this ("is just publishing on github enough") question offtopic? Where should I ask it?
6
Why was my question closed: about getting attached to your first answer to an interview question
2
Is programmers.stackexchange the right place to ask for reading material?
3
"You have asked terrible questions, please get away or ask better question"
2
What was wrong with this terminology question?