Should the compiler that is this community produce more helpful error messages and suggest a fix or even apply it?

Sometimes code does not compile. That sucks. There's usually a message from the compiler that helps solving the problem and make the situation suck a little less.

Recently, I stumbled upon this gem, which later got deleted. 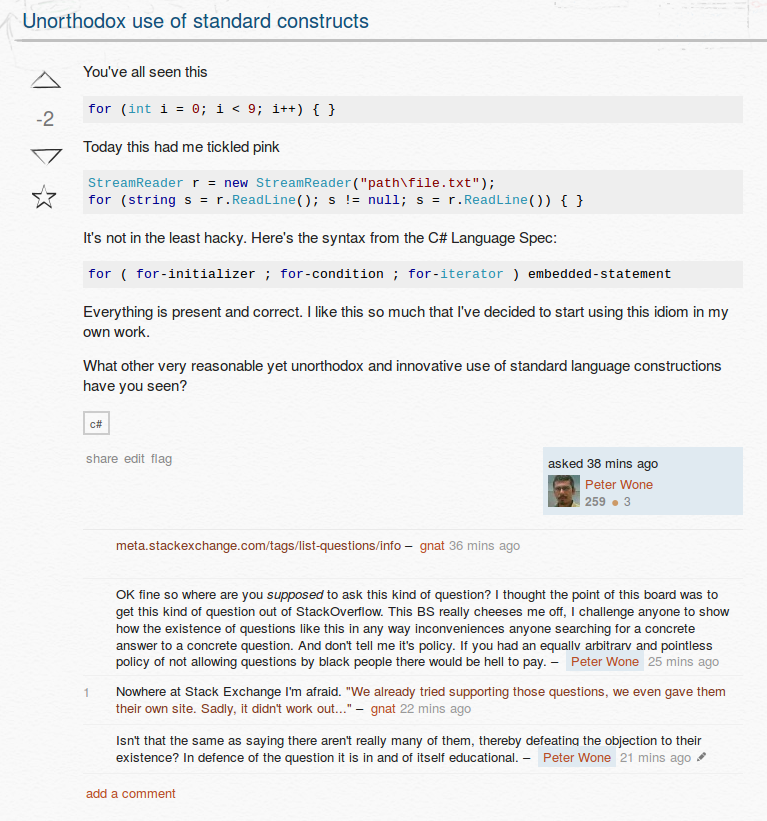 We could not compile this question, because it asks for a list of opinions. As a compiler, we do provide an error message stating that we cannot compile lists of opinions.

There's a rerun with additional clarification flags, but sure enough, that doesn't change anything of the underlying problem. We provide a more extensive error message on the cause of the failure.

We are a good compiler. We give good reasons why we are unable to compile a question.

Rumours have it that some other compilers do sometimes suggest changes to make the compilation process work.

Should we also do this?

Should we point out possible modifications that could cause a question to compile?

In the above case, changing the question to be less listlike and more specific might cause us to still throw some warnings, but no fatal errors. Compiling with warnings is not a good thing. But it is compiling nonetheless.

The problem is that I as part of this distributed compiler am not sure how to handle a situation like that myself or what the overall system (us) wants to do. I suspect that suggesting changes to the question necessary for a successful compilation instead of explaining more thoroughly the reasons why compilation failed would be the better option. Yes, for us compilers, both options are the same. However, it looks like users feel more comfortable being told what to do, instead of what not to do, even if one is the opposite of the other and thus linear dependent.

We even have the option to modify the question. We could strive for compiling successfully, even if that means a variation of the original question.

The user killed our process, possibly even booting into a whole 'nother system or unmount the drive we're on, place it into a microwave and z

Asker's reputation is over 250, allowing them see close votes and messages on their question. Because of this, they could probably see close message suggesting possible modifications:

Please add details to narrow the answer set or to isolate an issue that can be answered in a few paragraphs.

That's about how it looked like to the asker when they deleted the question (10K link): 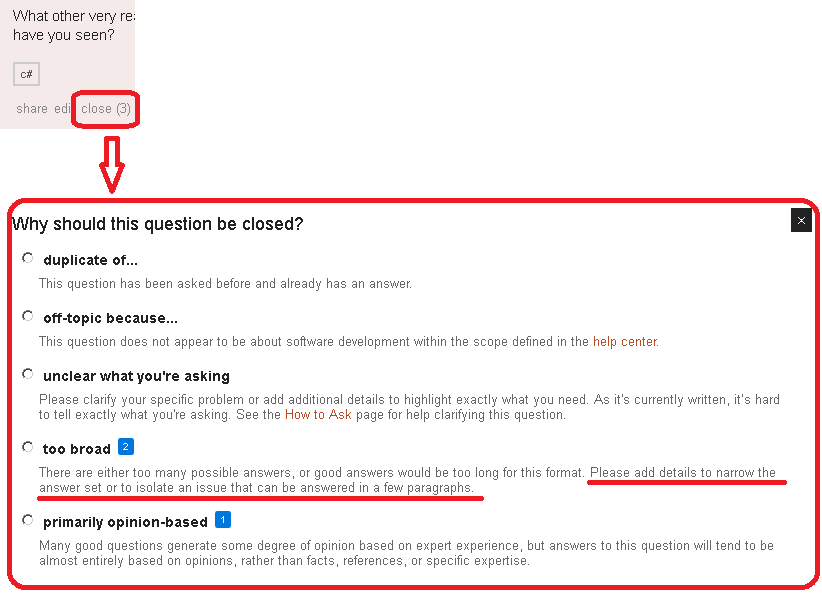 8
SO/Software engineering grey area
7
Was this question closed for the right reason?
1
Absurd downvoting
13
If the scope is wrong, which of these questions belong here?
2
New Site Name and Scope: how to handle blatant debugging questions?
5
Am I right to downvote questions that contain the word “best”?
1
What happened to this question
5
Is this question a good candidate for reopening?