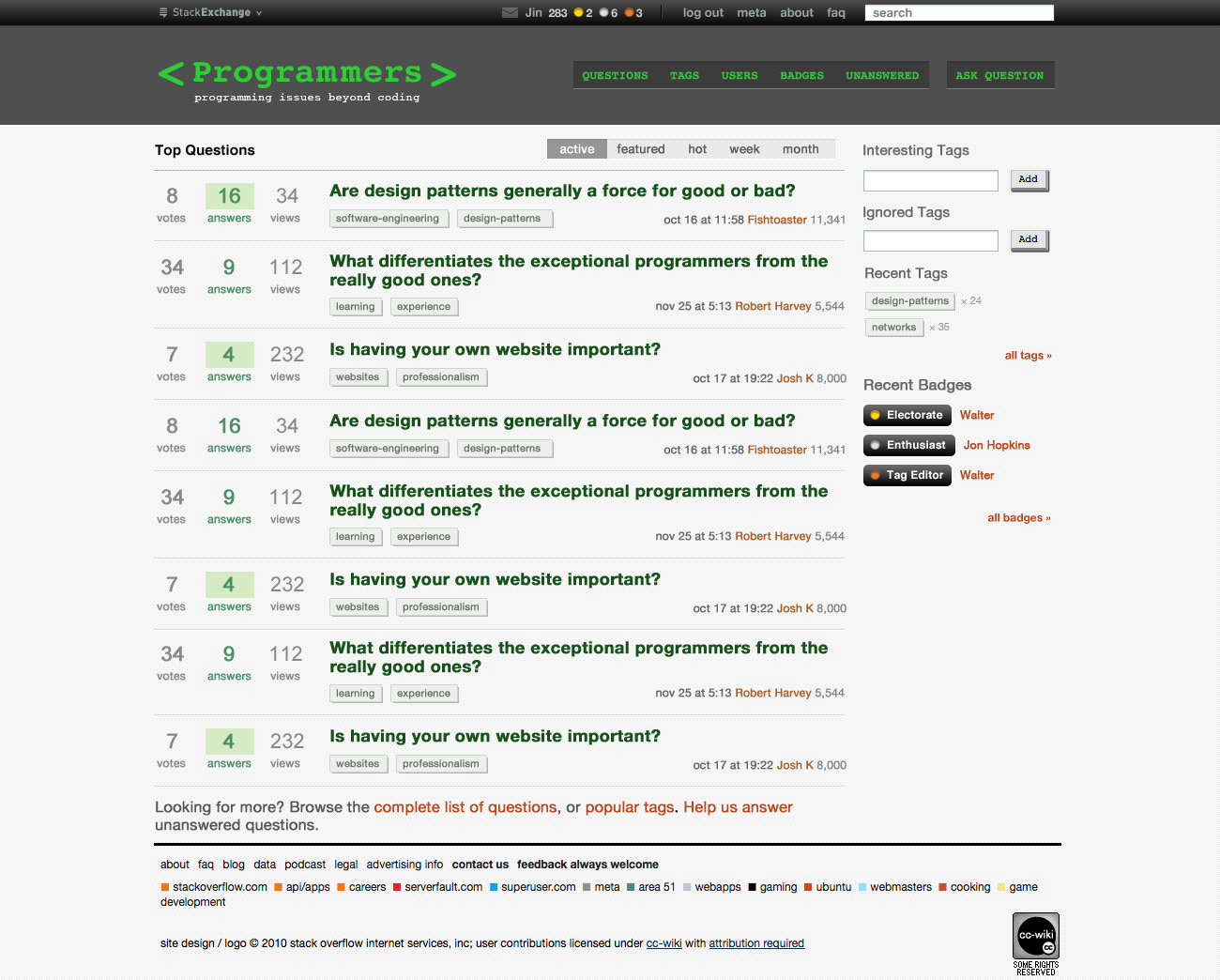 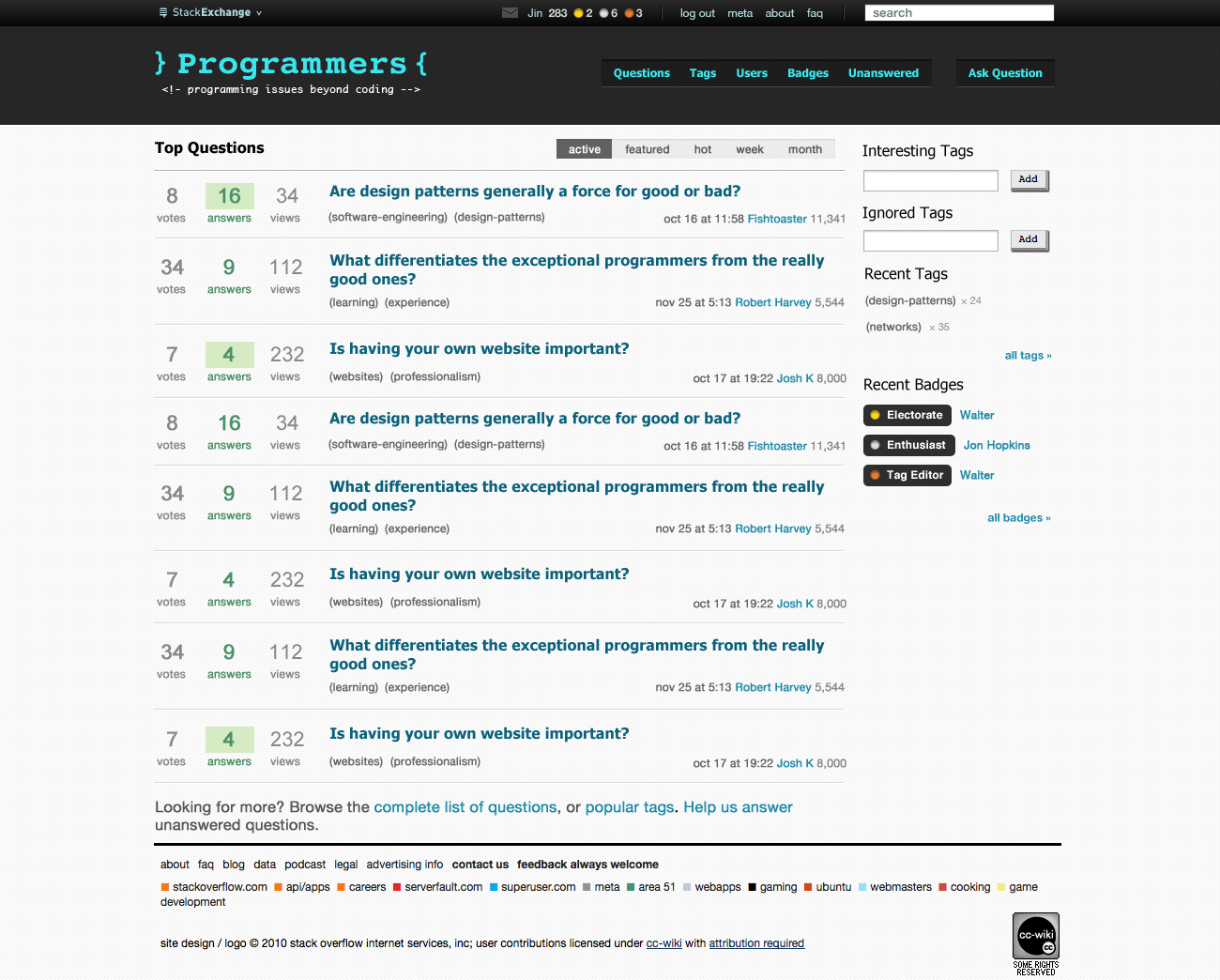 21
New Design Launched
81
Site Design, round 2
17
Write an Elevator Pitch / Tagline
24
Would you like to see Programmers get a less playful/cartoonish design to attract professional questions?
12
What should our logo and site design look like?
6
Why is it that Programmers are Not Out of Beta yet?

11
404/Error/Captcha Images
21
New Design Launched
10
How can we help people who ask "What language should I learn next" ask a better question?
0
Can we keep these questions open, but locked?
1
Questions related to "deliberate practice" are all marked duplicate, locked, or closed
33
Follow-Up: New Site Name and Scope Proposals
2
Software Engineering's updated site theme is live!
15
3-vote close - how's it going?