Do we want hats? [closed]

Ask Question
Asked 9 years, 10 months ago
Modified 9 years, 8 months ago
Viewed 1k times
30
This question is unlikely to help any future visitors; it is only relevant to a small geographic area, a specific moment in time, or an extraordinarily narrow situation that is not generally applicable to the worldwide audience of the internet. For help making this question more broadly applicable, visit the help center.
Closed 9 years ago.

In 2011, the Gaming Stack Exchange hosted an event called Hat Dash, where users earned "hats" for their gravatars by completing certain tasks (analogous to badges):

Certain actions would trigger the user receiving a hat, which their gravatar could then "wear". For example, editing a post would yield an editor-themed hat (fedora with pen) to the editor.

This year, Stack Exchange is expanding the promotion to any site that wants to participate.

Here's the run down:

We need to let Stack Exchange know by 28 November 2012, so vote away on if you want hats.

We have told Stack Exchange that we want hats. We will be getting hats to wear.

(I realize this may be a bit late)

There is a meta post about changing the background to something more professional. There are meta posts about the word 'professional' in faqs and site charters. The underlying theme with all of the posts and others (denied (for technical reasons) or otherwise) is a desire for more professional related questions.

When taking the above into consideration, the answer to "do we want to wear hats" should a simple "no."

In trying to present a more professional appearance, we should avoid changes that lead to a less professional one.

Little ole me won the leaderboard for hats on P.SE! 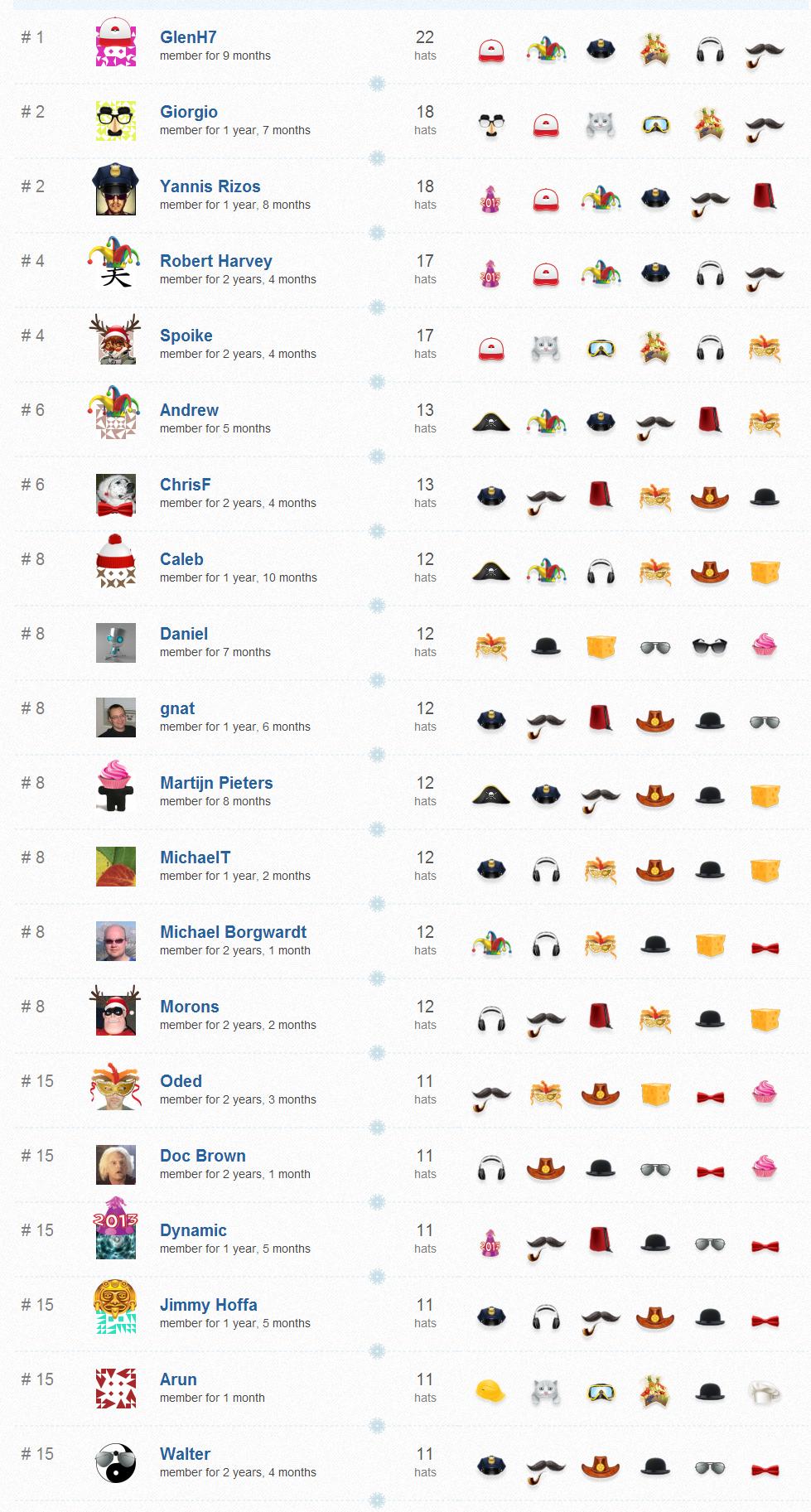 And now we have the link to see how everyone else did. Summary stats indicate that:

Pretty cool for a little bit a fun.

20
Should Programmers participate in Winter Bash 2014?
7
Why many features and bug reports are pending for years without being implemented/fixed?